*NOTE* - The Walt Disney World is currently closed during the parks construction of it's TRON Roller Coaster attraction. The Railroad's last day of operation was in December of 2018, it is expected to re-open in late 2019 or in 2020. While the Railroad is closed, Main Street Station is open and a steam locomotive is available for viewing and photo opportunities on the platform.  The "Magic Behind Our Steam Trains" tour is still available to book, so if you want to ride the steam train, even for a short section, you still can by booking this tour.

The Walt Disney World Railroad is a 36" narrow gauge steam railroad that circles the Magic Kingdom Park at Walt Disney World in Florida. The Railroad was built for the park opening in 1971 and features 4 fuel burning steam locomotives.

All four steam locomotives were built by Baldwin and served on the Ferrocarriles Unidos de Yucatán in Mexico. While the locomotives have been cosmetically altered and rebuilt multiple times over the years, they are very much historic Baldwin Steam Locomotives.

The "Magic Behind Our Steam Trains" Tour is an extra-fee tour that takes place on select mornings. Guests get to ride the steam train outside of the park to see the maintenance facilities where the crews will be preparing the other steam locomotives.
More info here ---> disneyworld.disney.go.com/events-tours/magic-kingdom/magic-behind-steam-trains-tour/
​
Of note - The Magic Kingdom Park is also home to the Main Street Horse Drawn Street-car, one of the only Horse Drawn Street-Cars you can see in operation. The street-cars operate down Main Street at the entrance of the park, to Cinderella's Castle. The Street-Cars are mostly used for morning welcome shows, but guests can ride them when they are bringing them down to Cinderella Castle.

The Magic Kingdom Park is also home to the "Liberty Belle" Riverboat, a steam powered, paddlewheel riverboat. This Riverboat departs from Liberty Square and travels the Rivers of America passing by Frontierland as it circles Tom Sawyer Island. While the riverboat is not 100% authentic since it is steered by an underwater track, it is 100% steam powered. 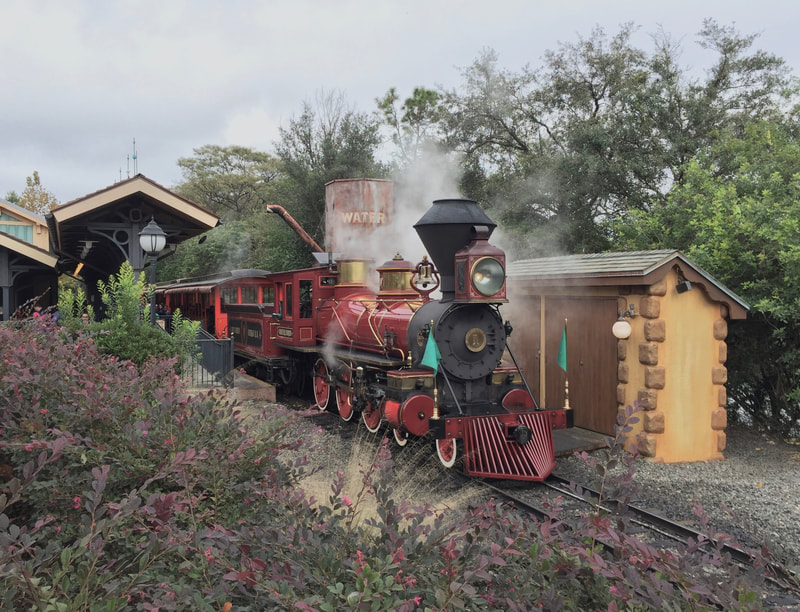 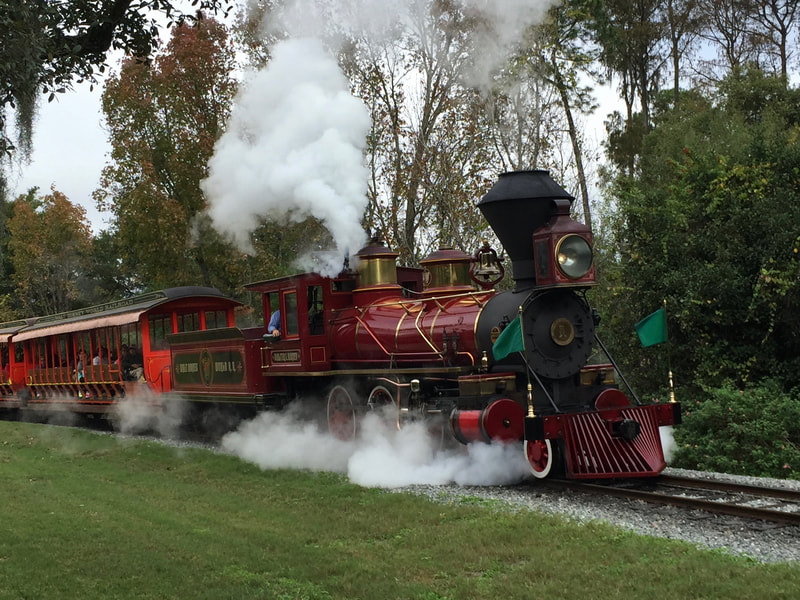 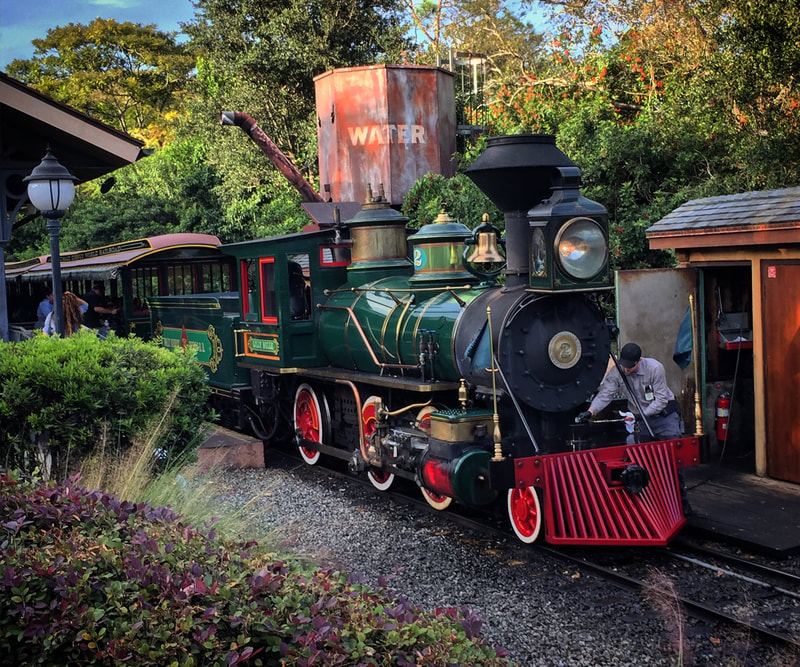 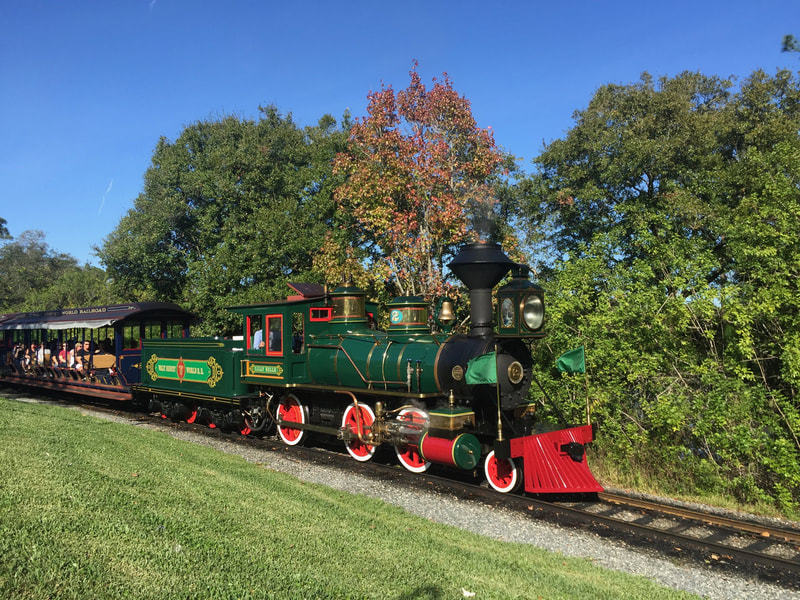 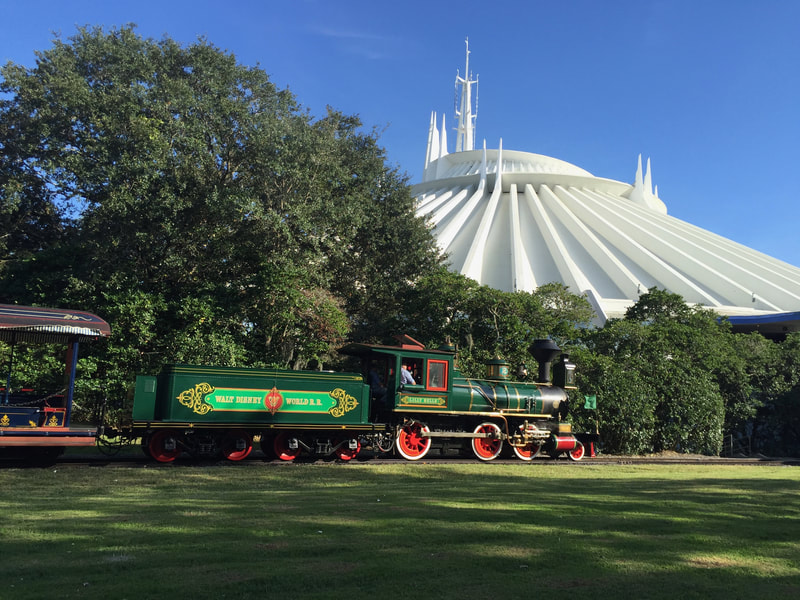 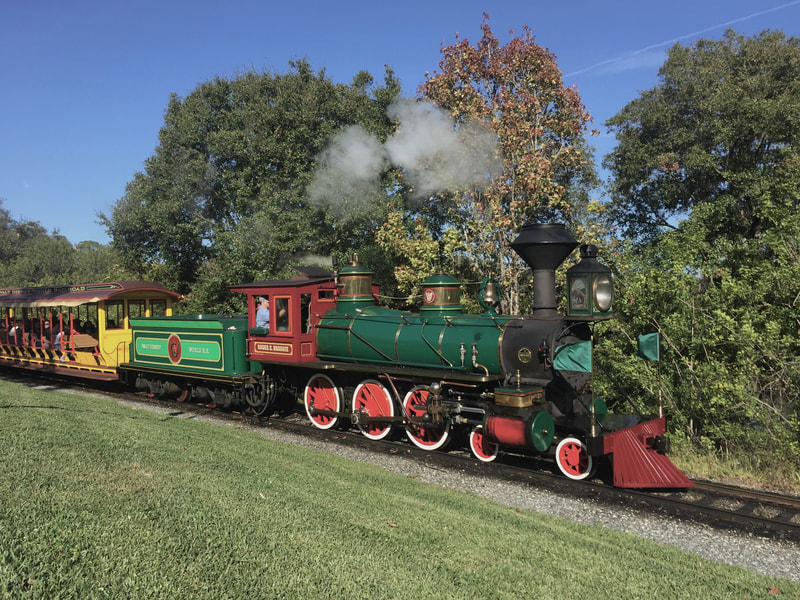 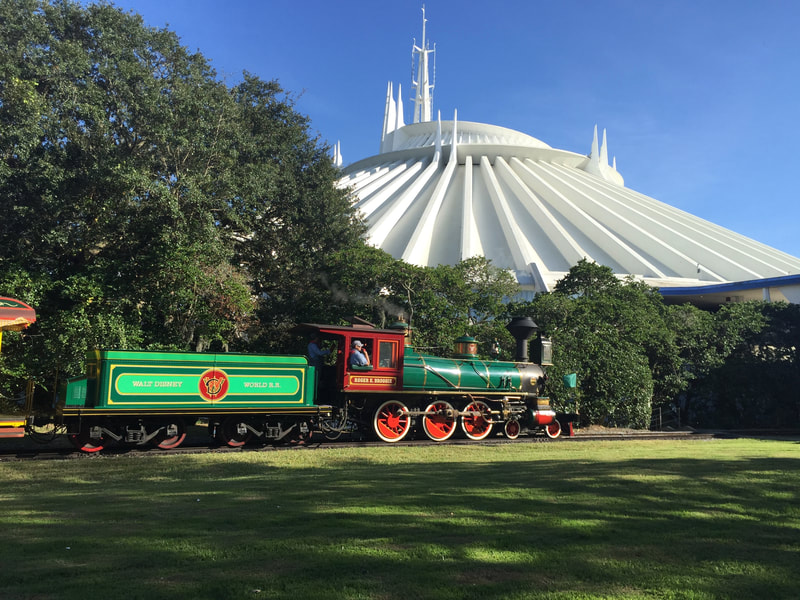 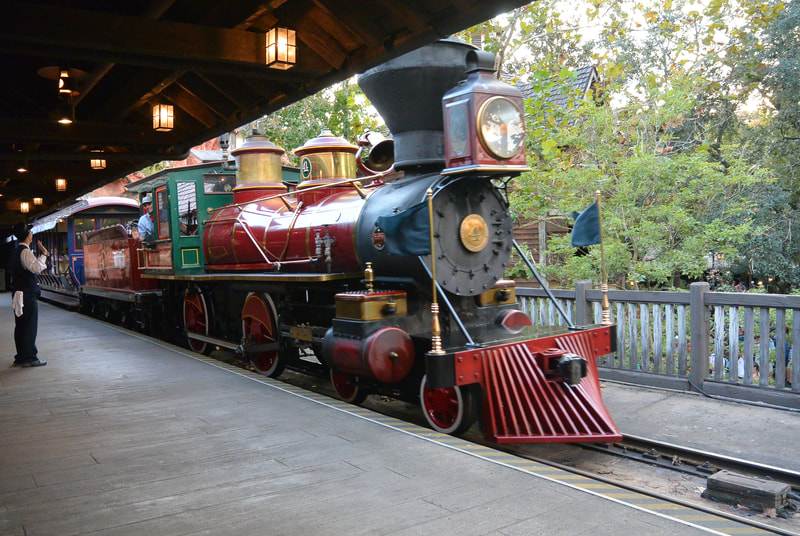 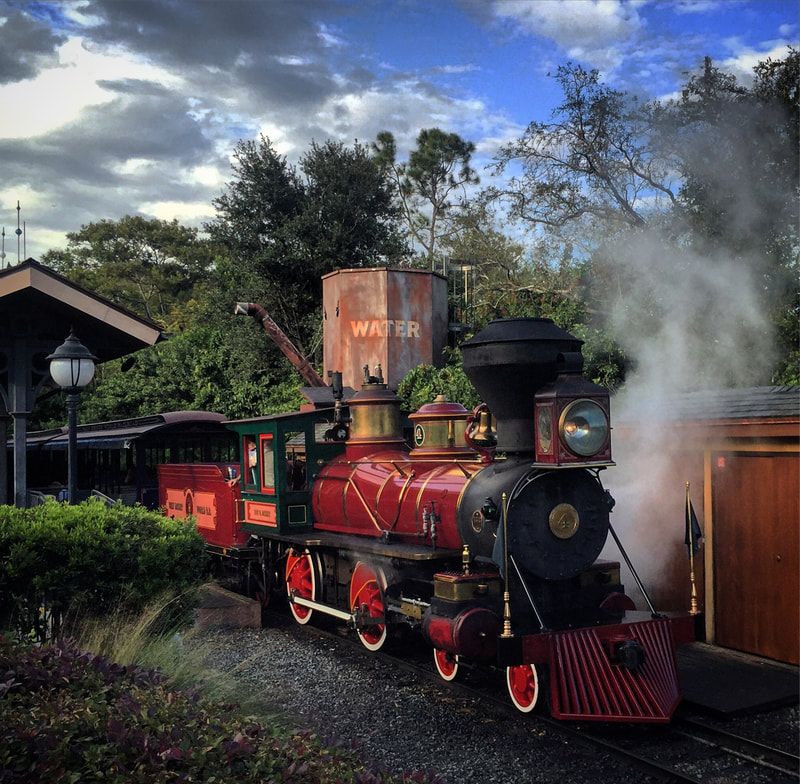 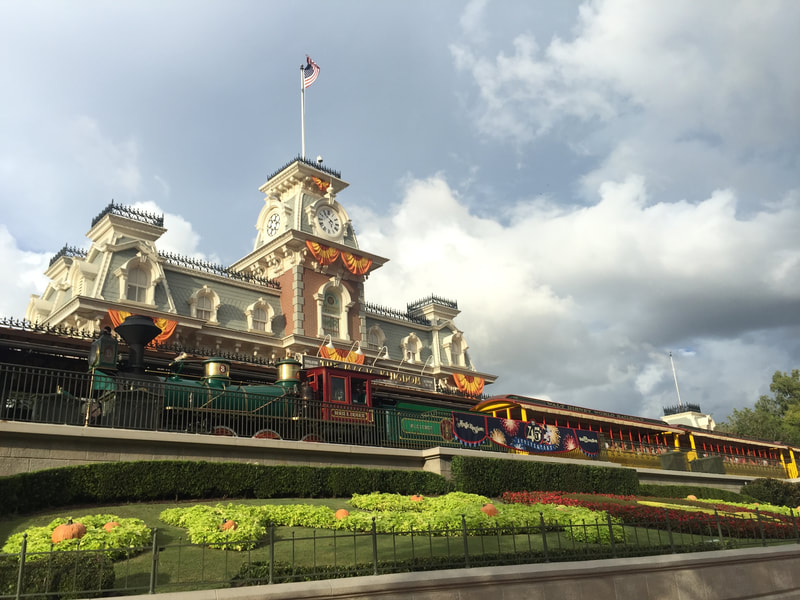 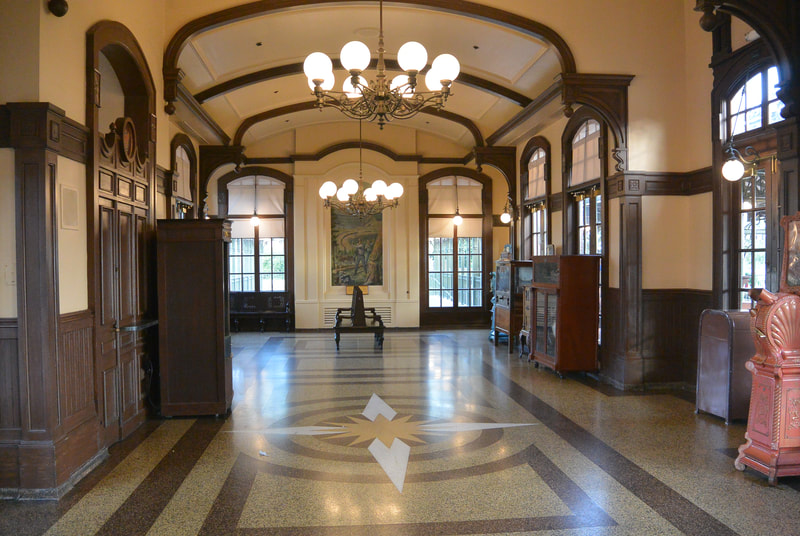 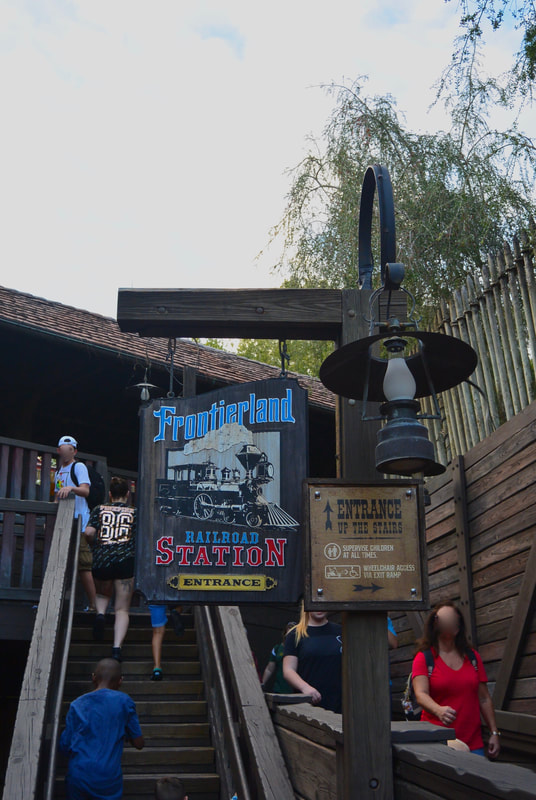 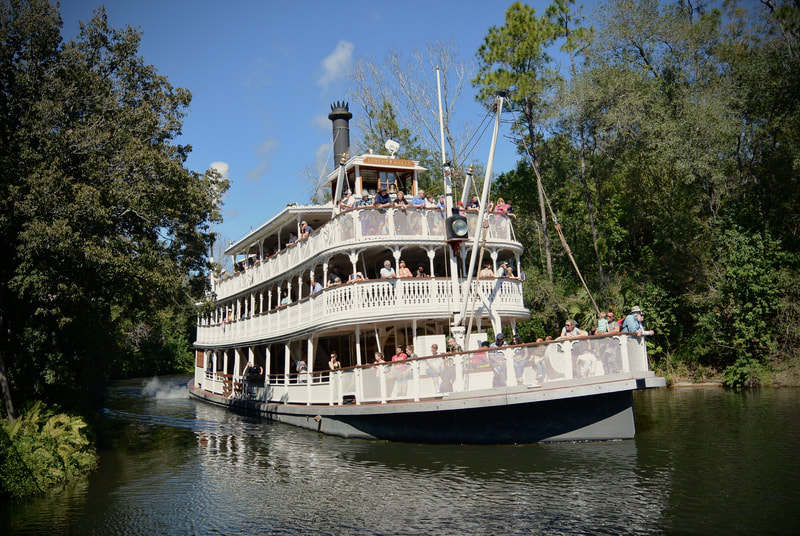 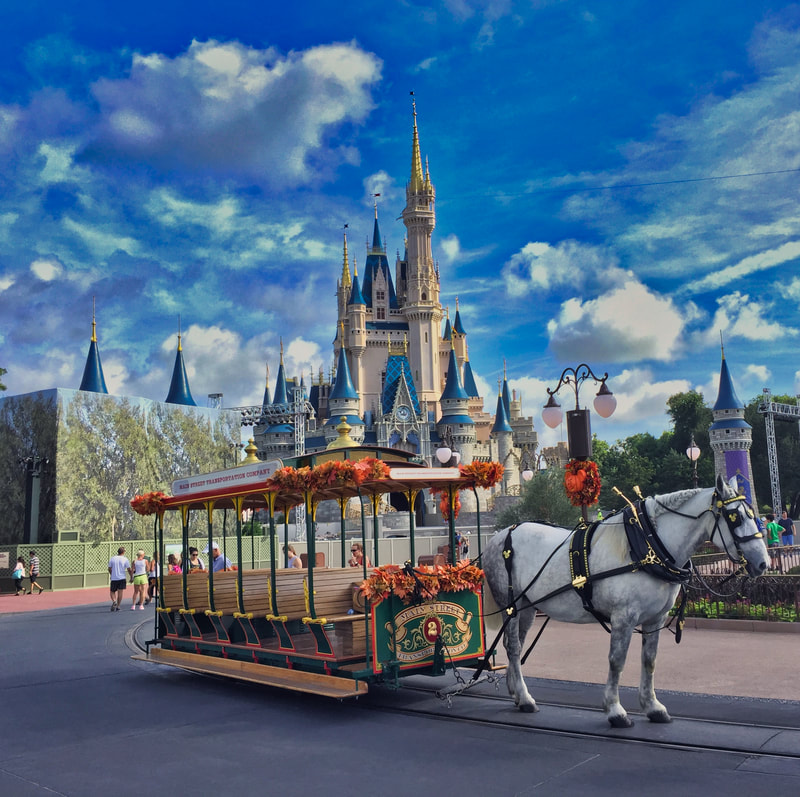