The Disneyland Railroad is a 36" narrow gauge Steam Railway that was built for the opening of Disneyland Park in 1955. The Railroad features 5 operating steam locomotives which burn fuel oil as they circle the park stopping at 4 stations along the way making this railroad both an attraction, and a form of transportation throughout the park. When the park opened, the Railroad was known as the "Santa Fe & Disneyland Railroad" and locomotives #1 - 4  are still named for past Santa Fe Railroad Presidents.

Depending on how busy the park is, the Disneyland Railroad will operate 2, 3, or 4 Locomotives and Train Sets.

The Disneyland Railroad has 1 wooden caboose that typically operates on one train, as well as a wooden Parlor Car named "Lilly Belle." The Parlor Car was built in 1955 as an observation coach for the Disneyland Railroad. It is the only original Disneyland Coach still operating at Disneyland. While it can often be seen on Disneyland Trains, it is only available for rides on special occasions or as part of an extra-fee guided tour. One of those tours is called "The Grand Circle Tour" more information available here ---> disneyland.disney.go.com/events-tours/disneyland/grand-circle-tour/

Of note - Disneyland is also home to the Main Street Horse Drawn Street-Car, one of the world's only Daily operating Horse Drawn Trolley Transportation systems. The street-car operates up and down Main Street from the entrance of the park (next to the Disneyland Railroad Main Street Station), to Sleeping Beauty Castle. Typically two street-cars will operate each day along with other vintage transportation such as the double decker omni-bus and horse-less carriages.

Disneyland is also home to the Mark Twain Riverboat, a Steam Powered paddlewheel riverboat that departs from Frontierland and passes by New Orleans Square and Critter Country as it circles Tom Sawyer Island. While the riverboat is not totally authentic since it rides on an underwater track, it is 100% steam powered.

Disneyland Park is also home to North America's 1st Monorail System which departs from Tomorrowland and stops at the Downtown Disney Shopping area. This monorail system was built in 1959.

Disneyland's Sister Park - California Adventure - operates the "Red Car Trolley" which is a scaled down replica of the Pacific Electric Railway's "Red Cars" which operated throughout Southern California. 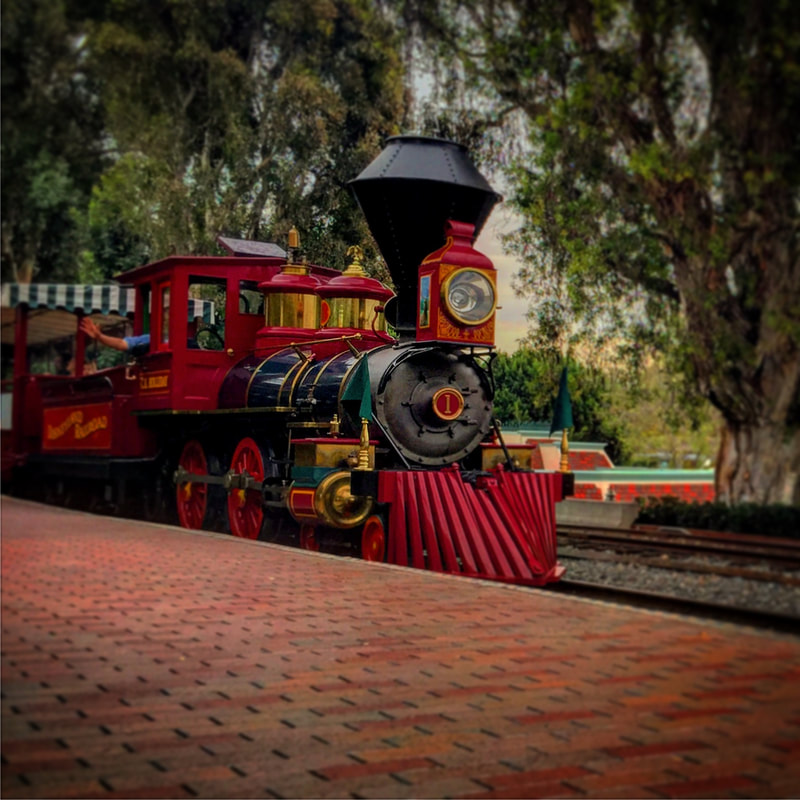 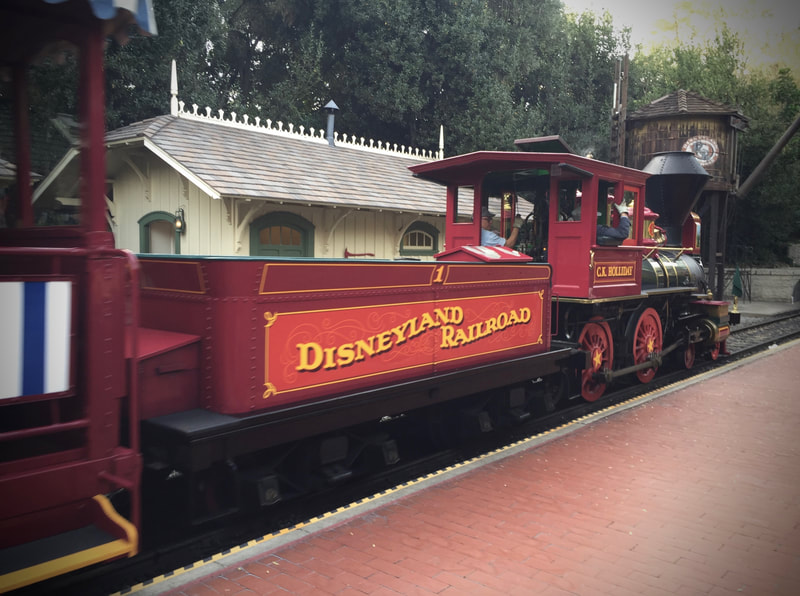 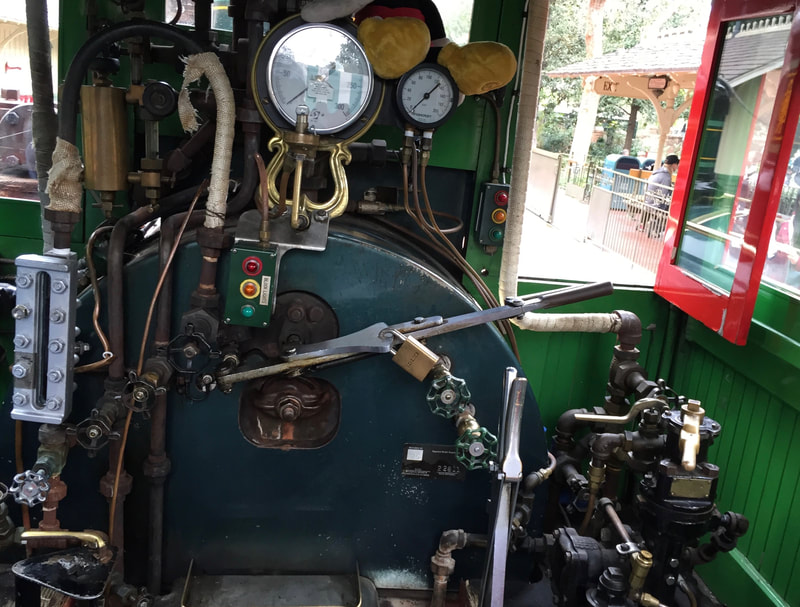 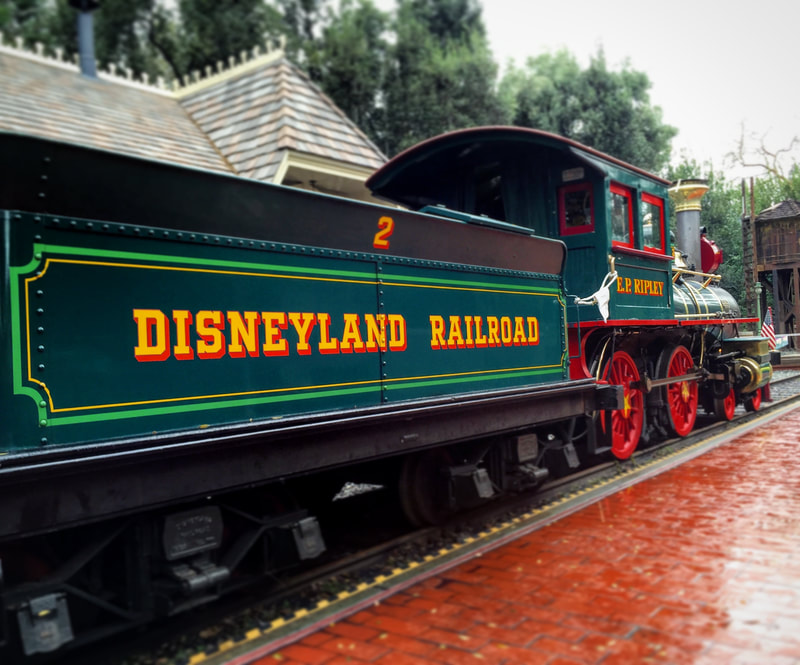 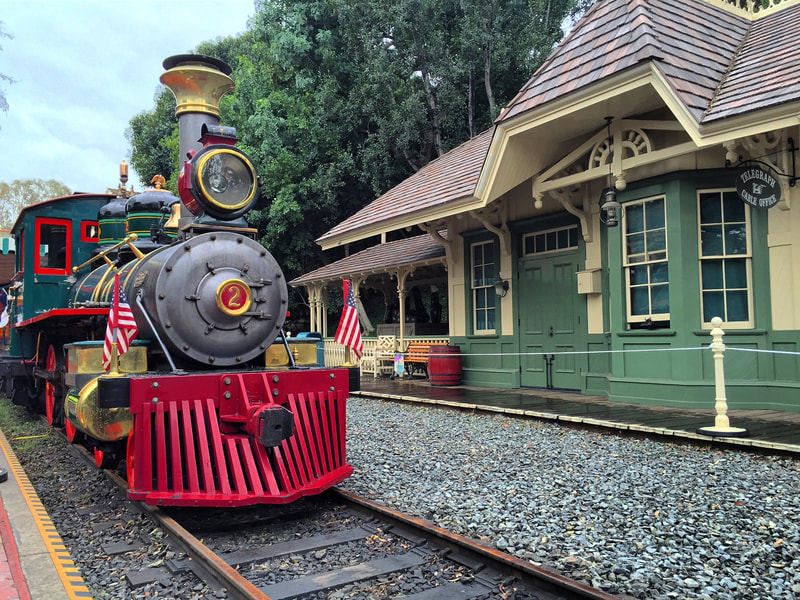 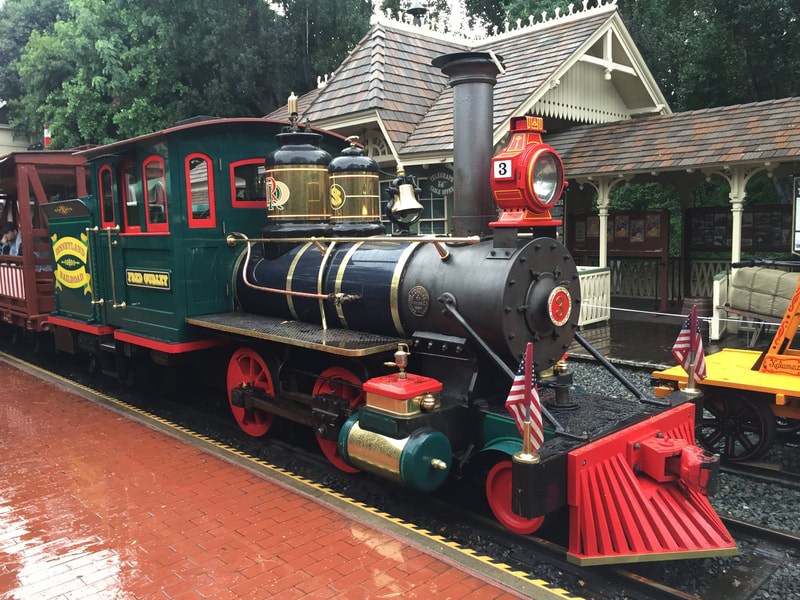 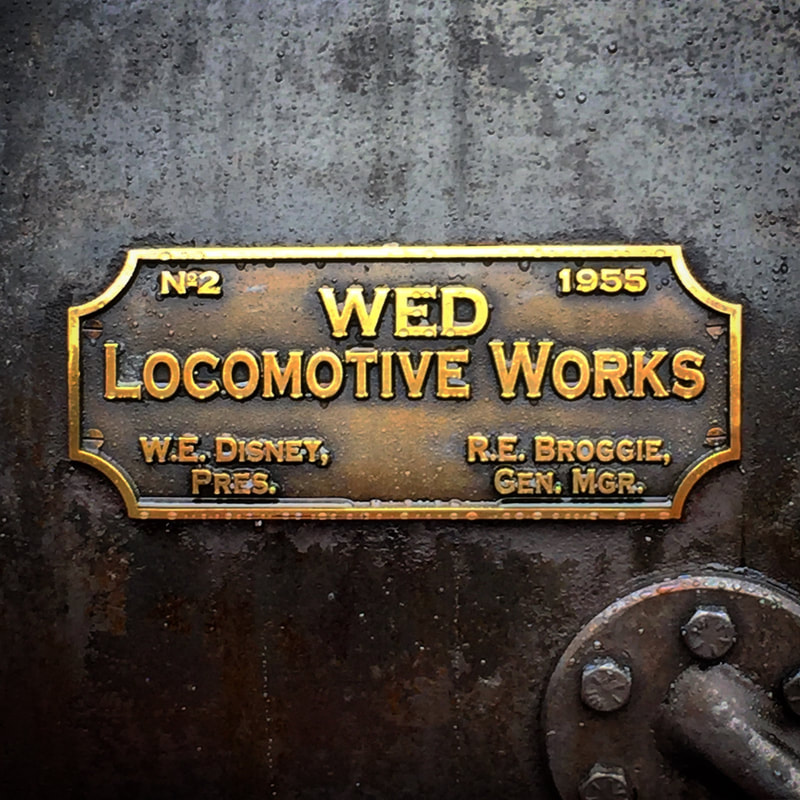 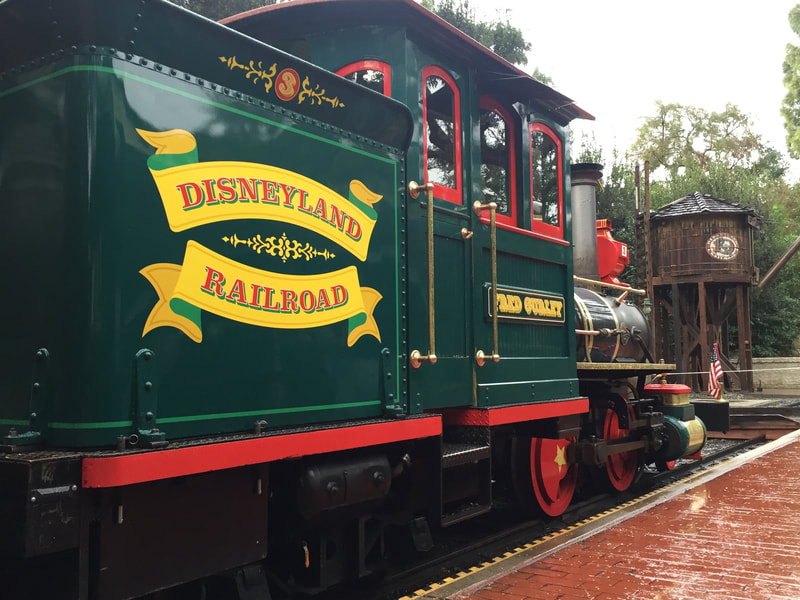 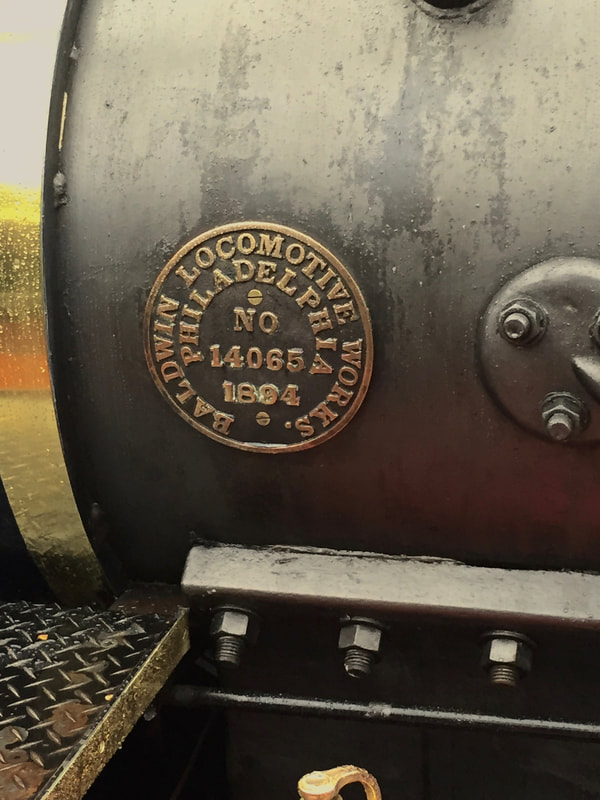 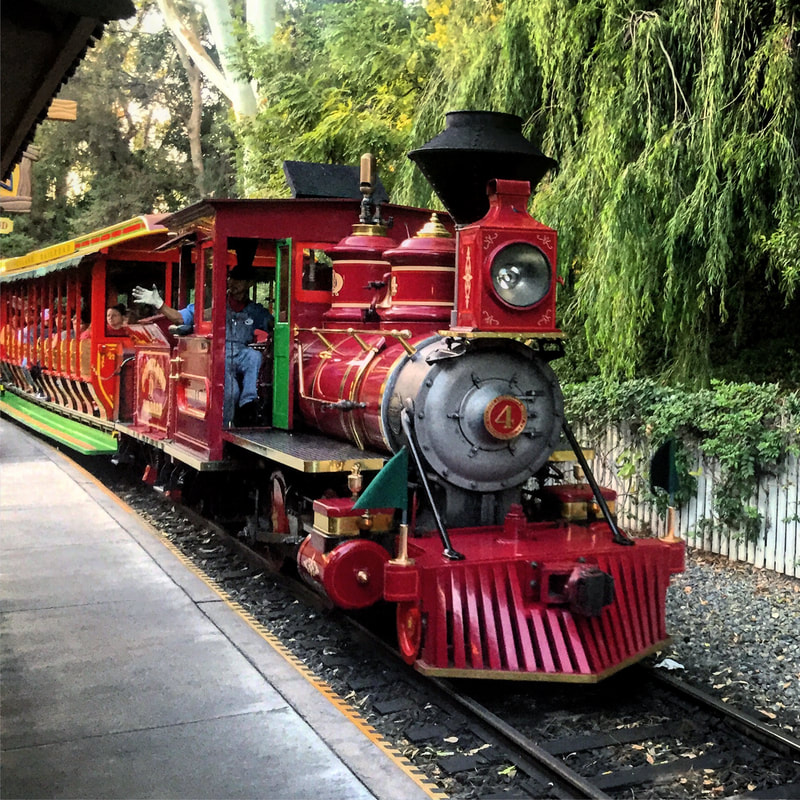 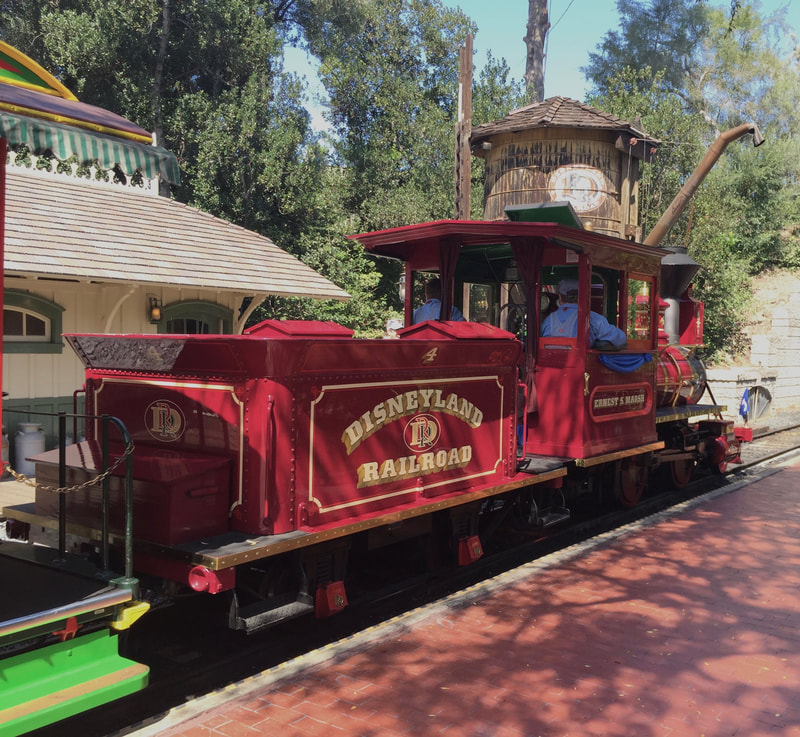 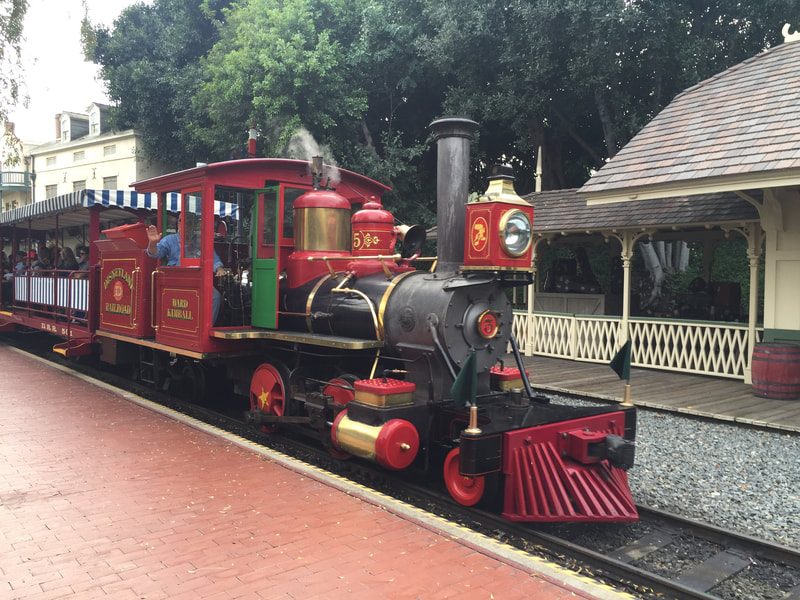 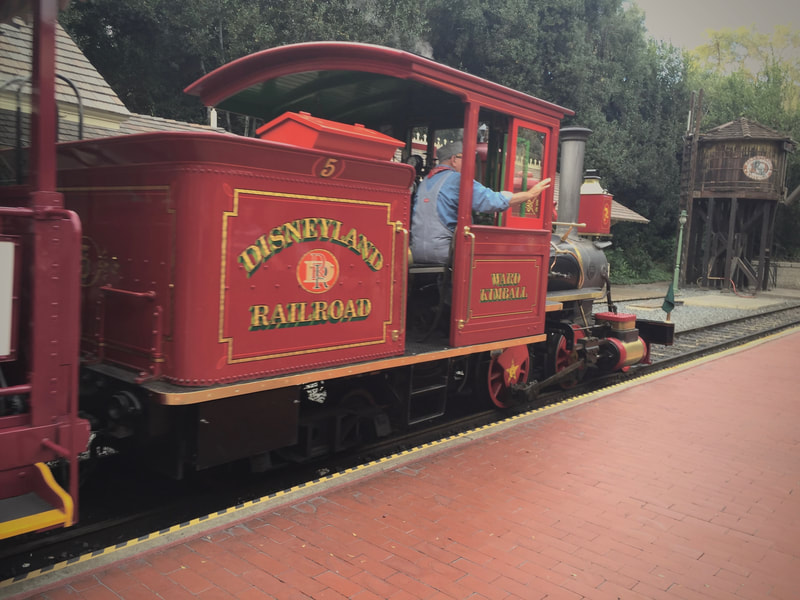 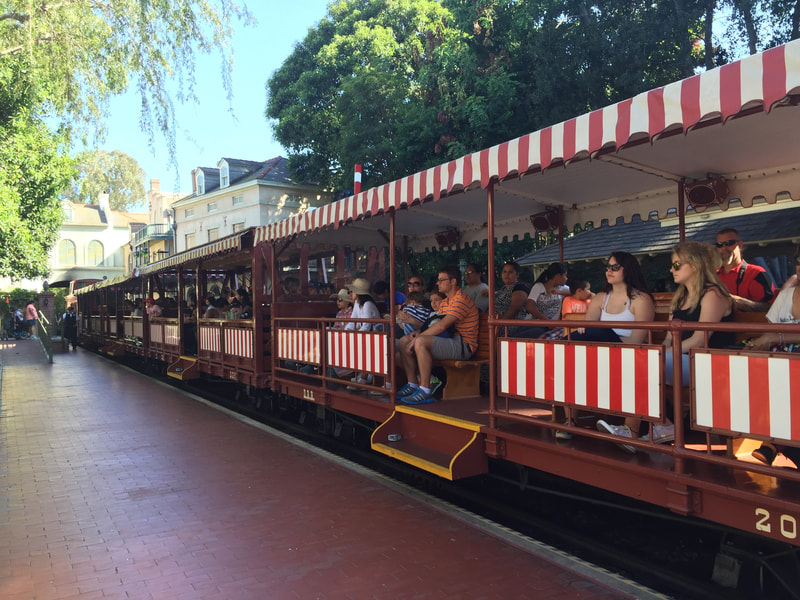 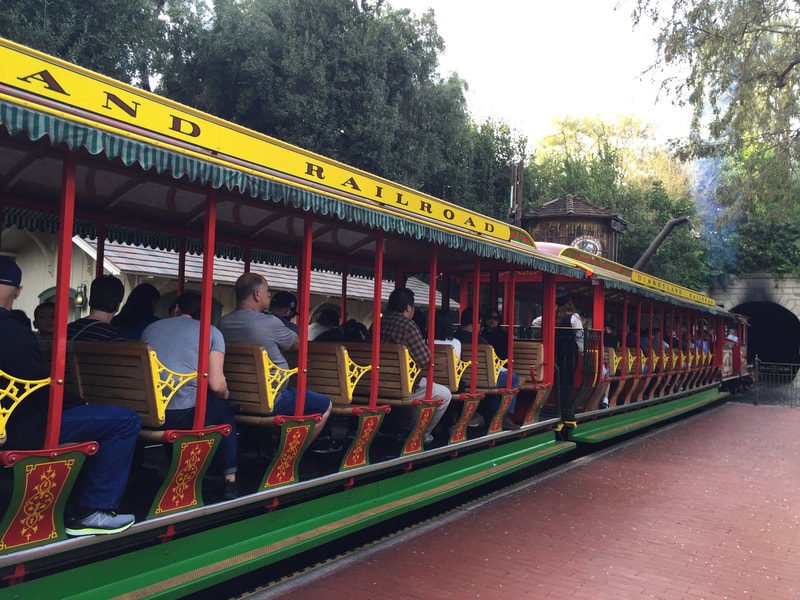 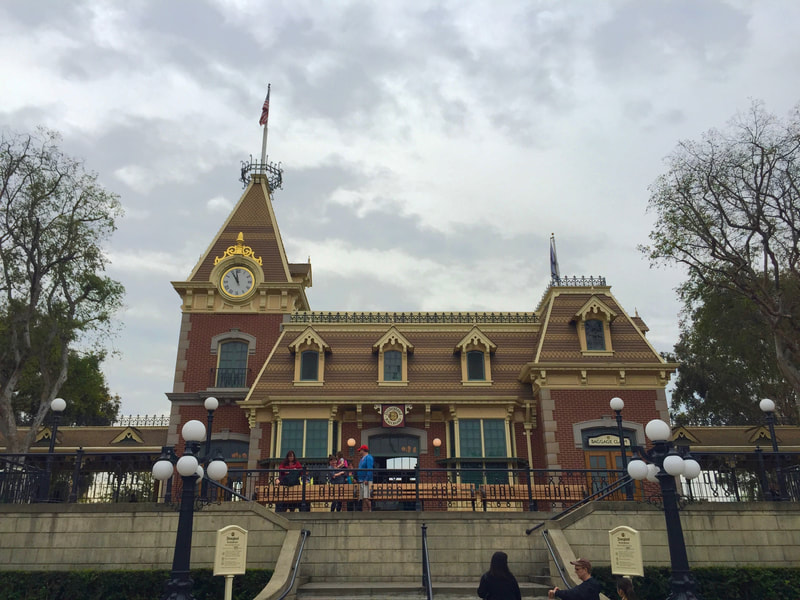 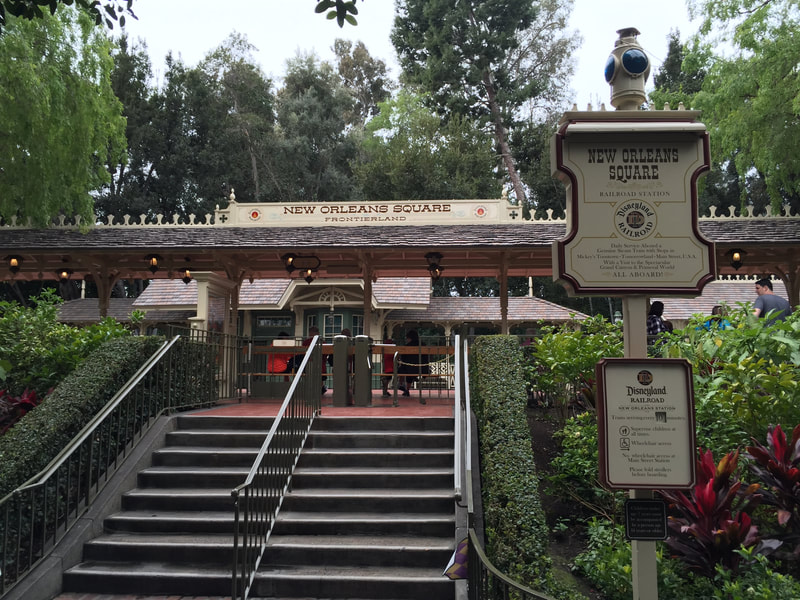 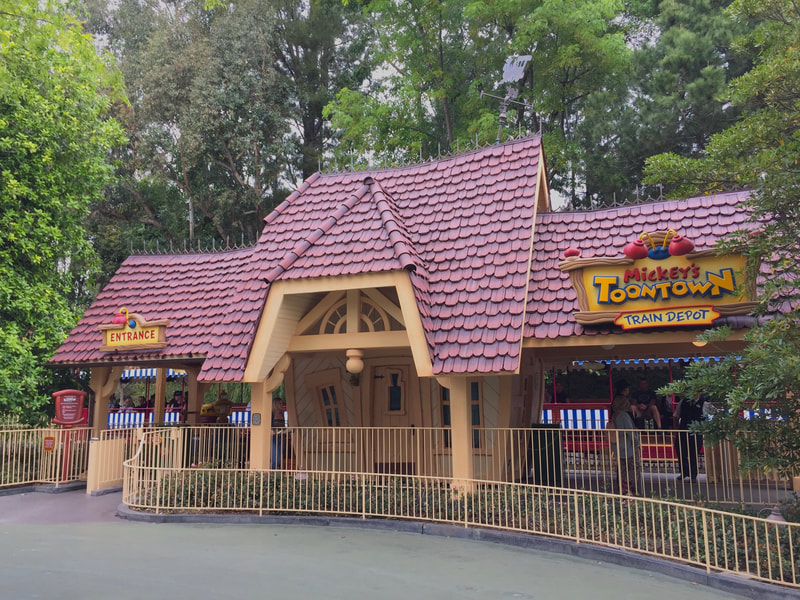 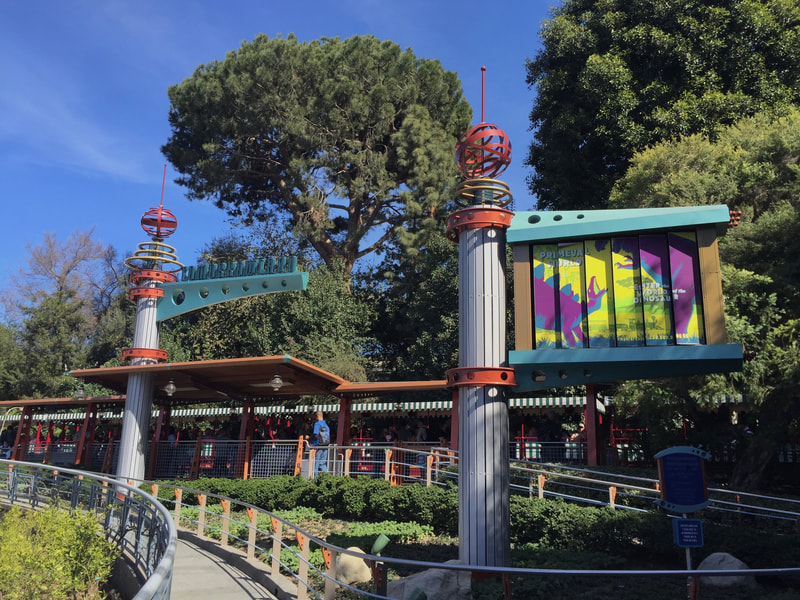 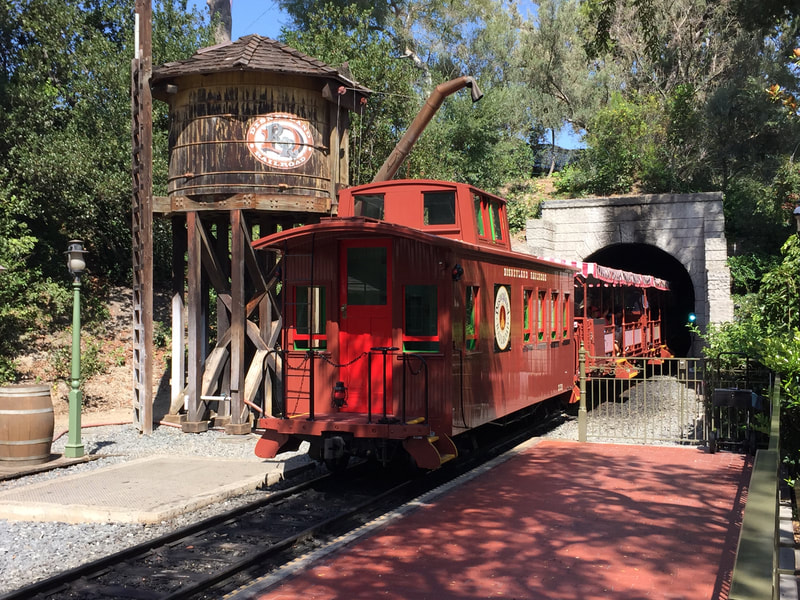 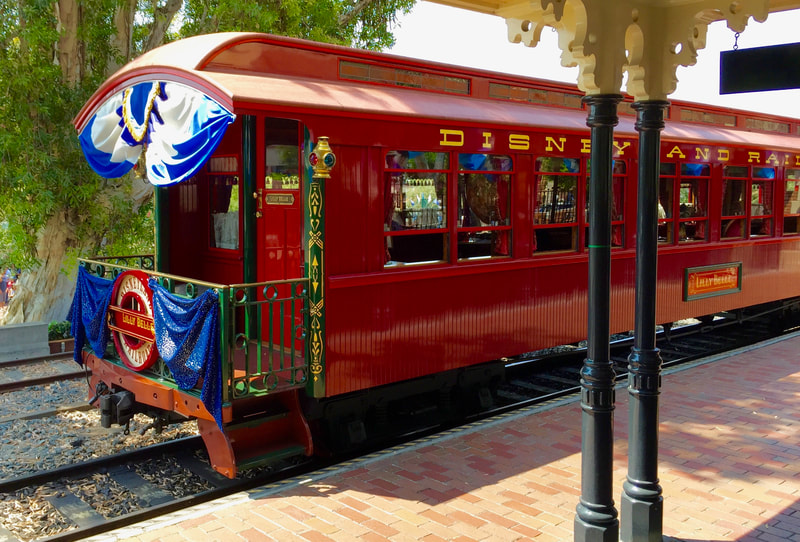 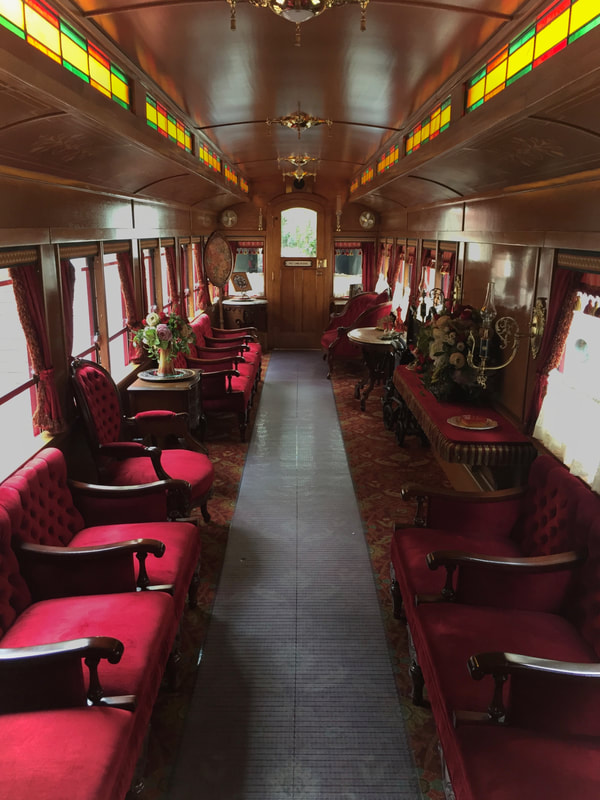 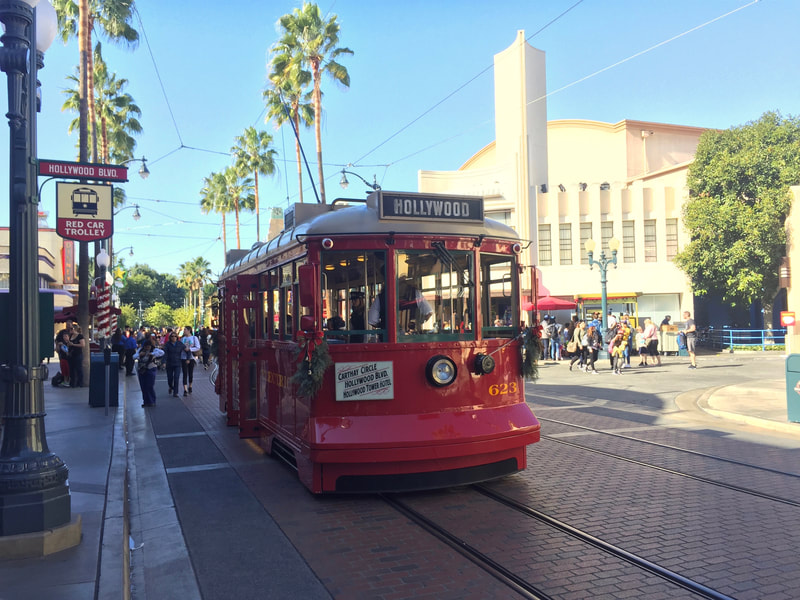 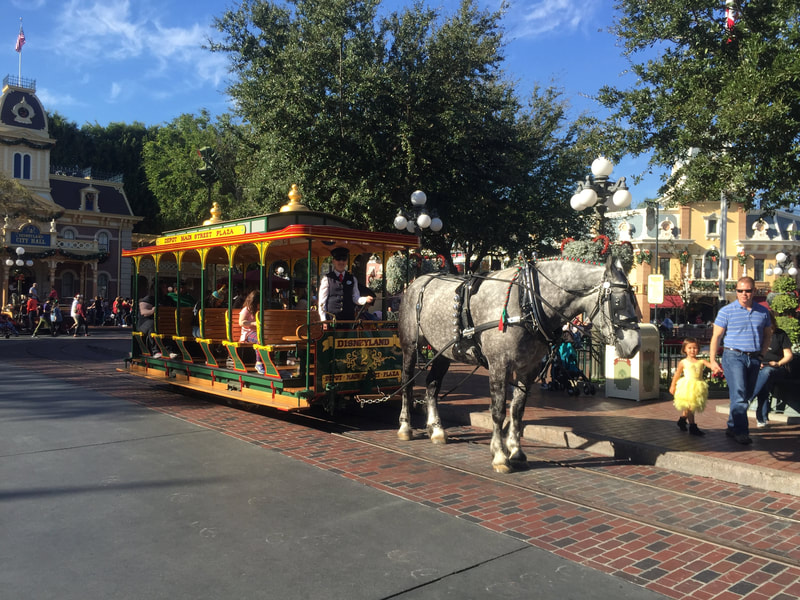 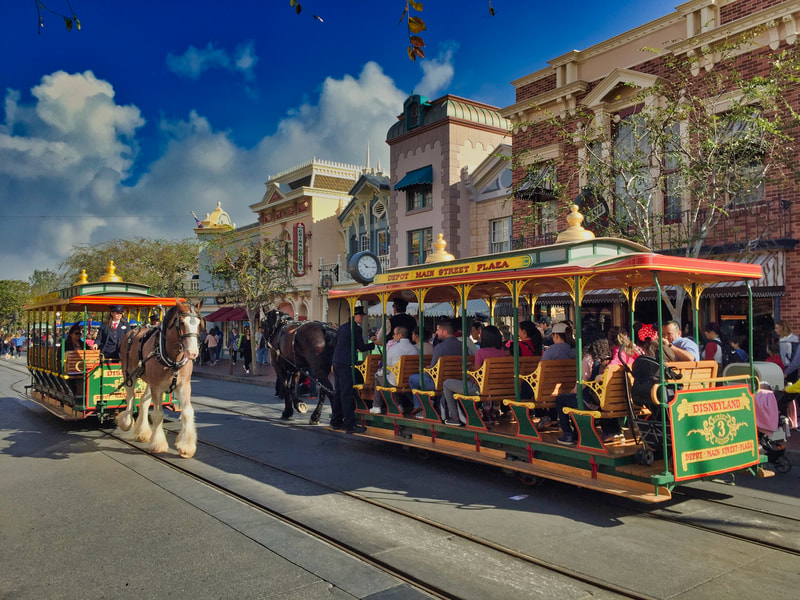 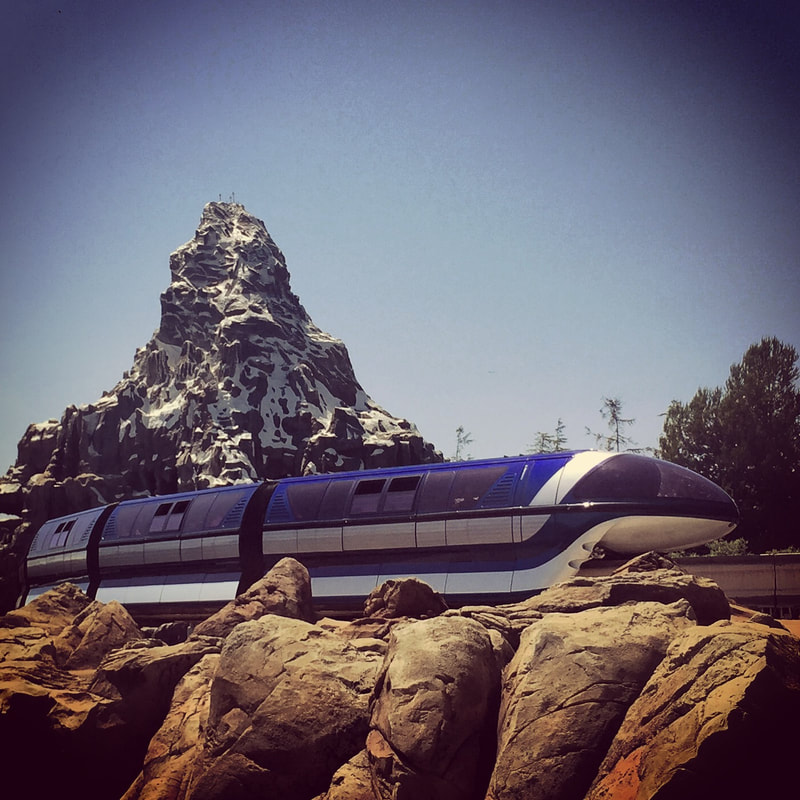