NOTE - The Hoosier State Train no longer operates. This page was written in 2015. 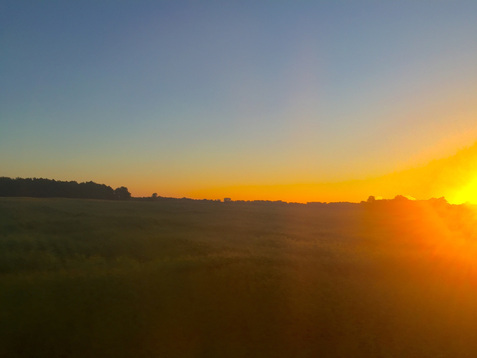 Sunrise over Indianna as seen from the Hoosier State Train 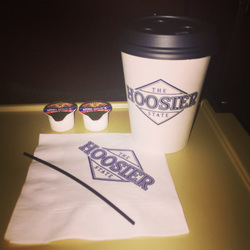 The train features comfortable, long distance coaches with plenty of leg room, tray tables, and reclining seats. A Dome Car offers food and beverage service to all passengers on the lower level, and features Business Class seating upstairs in the glass enclosed second level of the car.


​
The Route
The Hoosier State operates mostly in the state of Indiana, traveling through small towns, and past many working farms. The route would not bot be considered overly scenic, but I really enjoy the simplicity of rolling through the mid-American towns and past the rolling hills of corn. I've been able to spot some wildlife from the train as well, including deer, rabbits, blue heron, and sandhill cranes. Much of the track the Hoosier State operates on is former Monon Railroad, which operated almost exclusively in the state of Indiana. The former Monon track is now owned and maintained by the CSX Railroad. The Hoosier State route is not on a mainline route, so top speed is usually about 60 mph.

The Stations
Indianapolis IN - Trains depart from an intermodal Amtrak and Greyhound Bus Station in Downtown Indianapolis. The platforms run above the city streets and date back to the time the original Union Station was used. While no longer used as a train station, the original 1888 Union Station still stands Downtown and is now used as a Convention Center and Hotel.

Crawfordsville IN - While passengers only have a small covered waiting area at Crawfordsvile, the original 1926 depot built for the Monon Railroad still stands and is now home to the Right Track Restaurant.

Lafayette IN - Trains board at the Historic 1902 Depot originally built for the "Big Four" Railroad and later moved to its current site in the 1990's to serve Amtrak trains. The Wabash River can be seen on the opposite side from the depot.

Rensselaer IN - Trains board on a platform with only a small covered shelter.

Dyer IN - The Station Platform sits adjacent to where the old Monon Railroad (now CSX) and the Elgin Joliet & Eastern Railroad meet. The current Amtrak station was built in 2014 to serve the city of Dyer.

Chicago IL - Trains arrive and depart from the busy Chicago Union Station. Completed in 1925, over 3 million passengers use this historic station today. Many Amtrak and Metra Rail Connections can be made here. 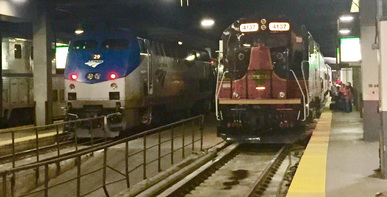 The Hoosier State Train (on the Right) arrives at Chicago Union Station.
The Service
The Iowa Pacific provides on board service that is second to none. Uniformed attendants will inform you about your journey, assist you on board, and serve you anything from a cup of coffee, to a full meal.

Menu prices are very reasonable, and a dining car meal is included with Business Class Service.

Complimentary Wifi is available on the train although naturally the connection can be spotty in some remote areas.

Snacks and Beverages are available from the dining car, or may be ordered at your seat. 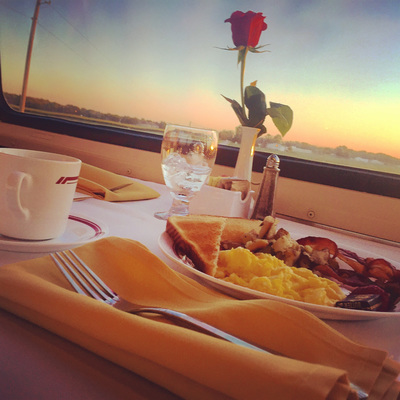 Breakfast Served in Business Class Dome Car on board the Hoosier State Train. 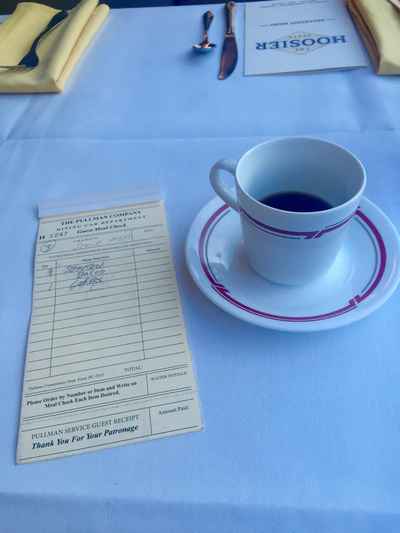 Coffee Served on board the Hoosier State Train. 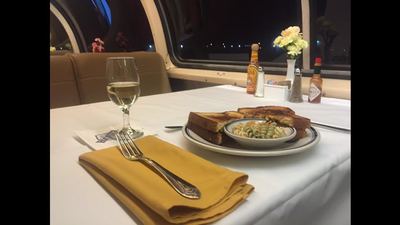 Dinner and Wine Served in the Business Class Dome Diner on board the Hoosier State Train. 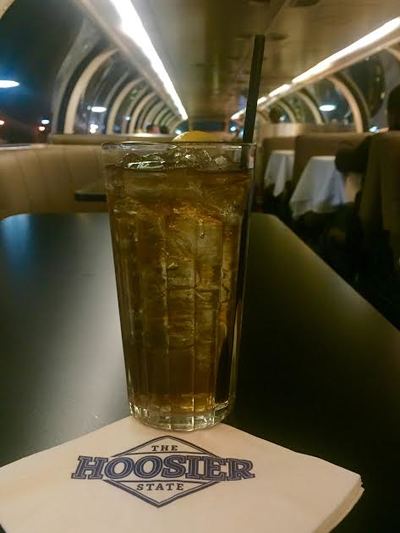 Iced Tea Served in Business Class Car on board the Hossier State Train in Indiana.